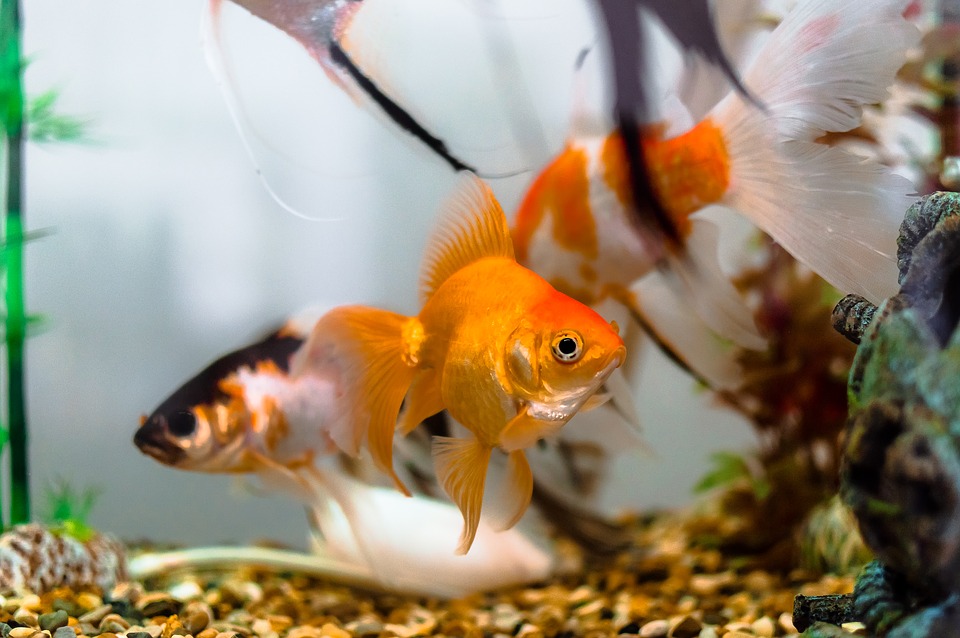 Many people have owned goldfish at some point in their lives. They’re very popular with many casual and dedicated fishkeepers alike with their bright colors and silly antics.

If you plan to get a goldfish in the near future, here are 10 interesting facts about goldfish that you should know to determine if they are right for you:

1. Goldfish are available in a wide variety of colors and types

There are many varieties of goldfish available to please, although they are often divided into two categories: common (single tailed) and fancy (double tailed).

2. They require at least 20-gallon cycled aquariums to thrive

Despite pop culture often showing goldfish being kept in fishbowls, they require at least 20-gallon cycled aquariums to thrive. Given how large goldfish can get (up to 10 inches or more) and the massive amount of waste they produce, a single fancy goldfish requires at least 20 gallons (75 liters) of space with double filtration. Common varieties need at least 40 gallons (150 liters) of space per fish with double filtration. Since common varieties need so much space, they are actually best kept in ponds.

Since goldfish are highly sociable, you must keep at least two together. Some fish keepers say that you only need an additional 10 gallons of space for each additional fish. However, it would help if you stuck with the minimum requirement per fish to give them plenty of space to thrive. For example, if you have two fancy goldfish, be sure to have a 40-gallon aquarium.

3. It’s always beneficial to “goldfish-proof” your aquariums (especially when you have more delicate goldfish types)

If you have more delicate goldfish types, such as the telescope eye, you need to keep sharp decorations out of the tank. Given how much waste goldfish produce, you may want to stick with a bare bottom tank for less hassle. Live plants such as anubais and java fern are good choices to keep in pots within your aquariums since goldfish don’t like the taste of them and will typically leave them alone.

Despite many people believing that goldfish “don’t live very long,” they can live between 10 to 25 years. Unfortunately, since many goldfish don’t get the proper care they need, they may only live for days up to a year or two. However, when all the ideal requirements are met, goldfish can potentially live up to 25 years.

5. Fish flakes aren’t ideal for goldfish (or any other type of fish)

Goldfish are omnivores and require a varied diet to grow to their full potential. The diet should consist of staple pellet food, frozen/live foods, such as brine shrimp, bloodworms or mosquito larvae, and blanched vegetables, such as peas, kales, and zucchini.

If you don’t intend to breed your goldfish, you should keep any aquariums between 66 to 71 °F (19 to 22 °C). To help maintain a steady temperature throughout the year to prevent unnecessary stress, you should invest in an aquarium heater for each aquarium you own.

Having an adjustable (regulated) aquarium heater will also allow you to easily up the water temperature for dealing with any parasitic diseases.

7. Each goldfish has a distinct personality

Goldfish have beautiful personalities that really shine through when they are taken care of properly. They are also intelligent enough to recognize their owners and will get particularly excited while begging for food.

8. Goldfish can be taught to do tricks

Goldfish are not only capable of recognizing their owners but performing tricks as well. For example, you can train goldfish to swim through mazes or hoops and play underwater soccer.

Goldfish are best kept to their own kind because of their temperature requirements, size, and waste production. Other fish kept with goldfish may also outcompete the goldfish, especially fancy varieties, for food. However, nerite snails make good tank mates with goldfish since they help control the algae and hold their own against curious goldfish.

As you can see, goldfish are fascinating pets that require a lot of research and care to thrive. If you want a quiet and friendly companion that could be with you for decades to come, a goldfish is an excellent choice.

7 Important Tips for Jogging with Your Dog

11 Important Tips for Caring for Your Goldfish