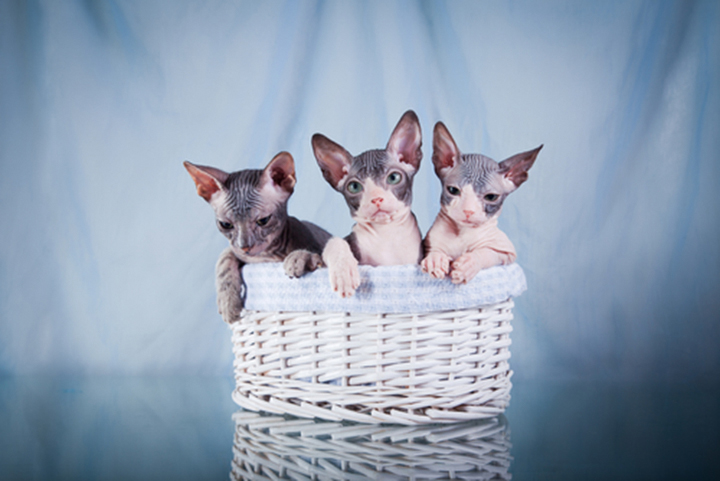 The cats we are used to seeing at home are absolutely unlike those I`m going to talk about now. Their look, behavior, habits are unusual for us. These extraordinary cat breeds will be appreciated according to their deserts by cat owners.

These animals have their specific character and can suit not every home and person`s expectations. But anyway, let`s get acquainted with them! 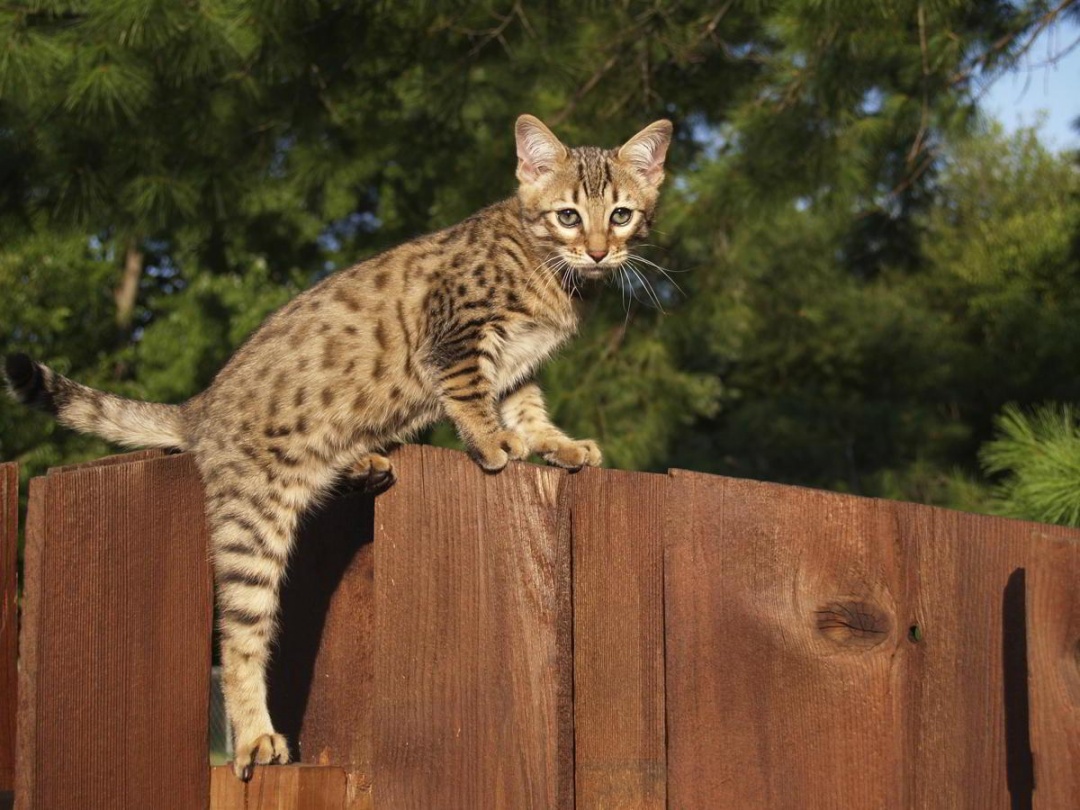 That is a relatively new breed, and it was recognized only in 2001 by the International Cat Association (TICA). Savannah Cat is a mixed breed of a serval and a domestic cat. A serval is a slender African wild cat with large ears, long legs, and a black-spotted orange-brown coat. That`s why Savannahs weigh up to 30 pounds.

Although there is some wild spirit in them, this cat is more social and more loyal, like dogs usually do, than average domestic cats.

It`s not an easy job to develop this breed. The scientists cross a serval and a house cat, so the kittens are received directly, known as the F1 generation. Unfortunately, it may take years for the kittens to be born, but they are half-wild serval, the half domestic cat. Because of this, their price is beyond the clouds, about $30,000 for F1s. You can also get F5 Savannahs for $2,000.

The price gets lower with every next generation, as they may be no more thoroughbred. Thus, taking into consideration everything said above, I can say that this animal is very difficult to find and get, but be sure, they`ll be the best friend of yours. 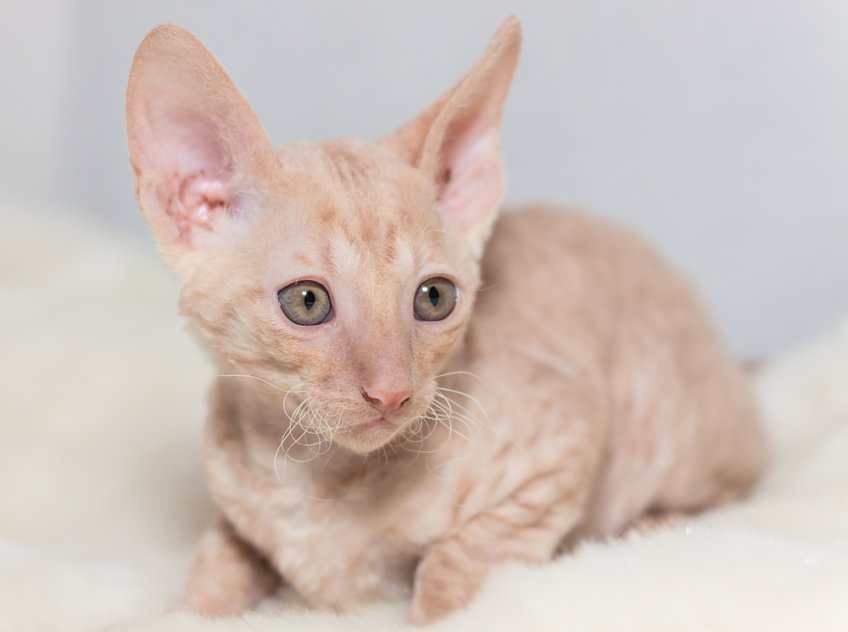 The coat of any cat has three layers: the outer, the guard hair, then the middle, which is their “own” hair, and, finally, the lower layer, the down hair or fur. What makes Cornish Rex peculiar is that they have only down hair.

That`s why they are irresistible to touch; they are soft like teddy bears. Another unusual thing about them is that sometimes Rexes may have curly fur. But, notwithstanding their hair, this breed is not adapted to live outdoors.

They are always there where it is warm, by your side, on the couch, or your lap. You`ll notice them smelling like cheese; that is because these exotic cats have a gland in the paws, which other cats do not have.

These cats are playful; it takes them a little more time to become adults to behave like a kitten for some time. If you want to have this one, you have to be ready to see them running in a gallop. The cats of this breed are extremely active, even sporty, so they run, race, jump high, fetch, and sometimes contrive to do acrobatic jumps. They will be a real delight for a big active family, especially with kids.

More: 8 ‘People’ Foods Your Cat Can Eat Too The Sphynx is definitely an unusual breed, but without doubt, it has its admirers. The main thing about them is that they are furless. They have deep heavenly blue eyes; they are sweet and playful. Sphynxes also like being beside their owner; loneliness is torturous for them; they are also very active, so be ready to see them prancing about the house. Of course, characters may differ depending on a cat, but in general, Sphynxes possess a sweet temper that will be making you laugh all the time.

Because of being furless, the cats get hot and cold easily, so they look for a warm and comfortable place to sleep in at night. Moreover, they can`t be outside, heating sun leaves sunburns on their skin, and severe frost is fatal for them. Another special feature about these exotic cats is that you should bathe them every week, as they are “naked.”

There`s a common myth that it was the Sphynx that Egyptians worshiped, but it is not true. The breed appeared in the `70s, so; it stands to reason that Egyptians could not have it. In any case, world history has many things to say about hairless cats through the ages.

The breed itself took a long way to be accomplished and come in the exact appearance as we see it today. Numerous mistakes are spinning around these cats. Most of us are sure that they are completely hairless, but that`s not quite so. Sphinxes have hair around the ears and mouth; they may have peach fuzz and whiskers.

Another prevailing myth is that the breed is hypoallergenic. Many people with an allergy to cats, in fact, are allergic to skin oils but not to the fur itself. If you decided to take Sphynx to your place, you would better consult a doctor first. Being so special and unlike others, Sphynx will definitely win your heart.

More: 7 Tips on How to Avoid Spoiling Your Pet 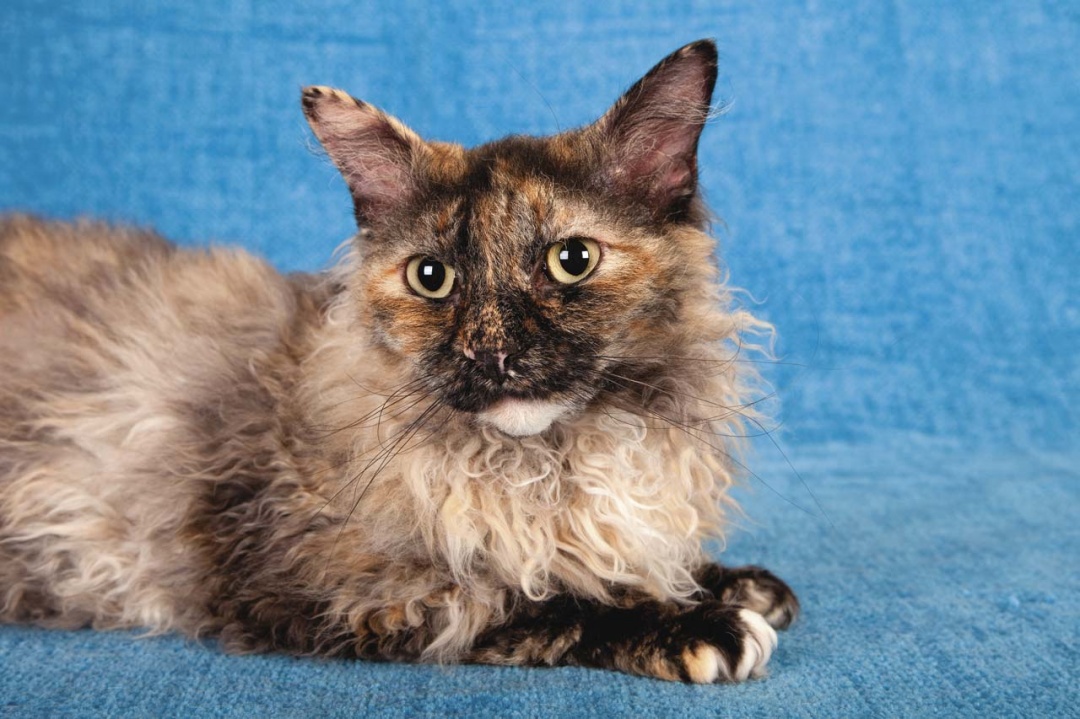 Here is some history of the origin of this breed. It appeared in 1982 by the spontaneous mutation; all the kittens in the litter were normal, but for the one. The owners, Linda and Richard, were surprised to see a bald kitten with tabby spots on their skin. Over time that she grew up, a soft and curly coat appeared, so she was named Curly. At the same time, this explains the name of the whole breed – LaPerm.

Curly lived as an ordinary cat, receiving no special treatment from owners. The couple didn`t try to start a new breed but also didn`t spay her. After Curly got pregnant, her 5 male kittens were born with the same mutation. And that was actually the start of the new breed – LaPerm.

Their character may be described as calm, moderate, friendly, without any extremes. But notice that they are not that soft as you might have imagined; it`s just the other way around because of the curls. People allergic to cats will find this breed becoming as they do not provoke sharp allergic reactions and are thought to be hypoallergenic. So this cat breed is exactly what you need.

More: 7 Effective Tips for Fighting Cat Odor in Your Home The first thing that strikes your eye is folded ears. This happens because of the dominant gene mutation, which makes the ear cartilage bend forward and down. Because of that many people say, the Scottish Fold remind owls. These cats are never annoying; they are very soft and plush, so you want to touch them and flatter them all the time.

Even their meows and purrs sound differently in comparison with other breeds. You`ll find them hanging around the house and lying in funny, unusual positions.

One of them I call “Buddha,” when they lie on the back and spread the hind legs, while forelegs remain on the chest. They are not independent as all other cats are; Scottish folds are loyal and affectionate to their owner. They will always follow you in the house and be near. This breed may be of various colors and with different fur lengths: short or long.

And I can`t fail to mention their eyes. When they look at you, they are so cute, so innocent, and leave you defenseless. You`ll start flattering him. 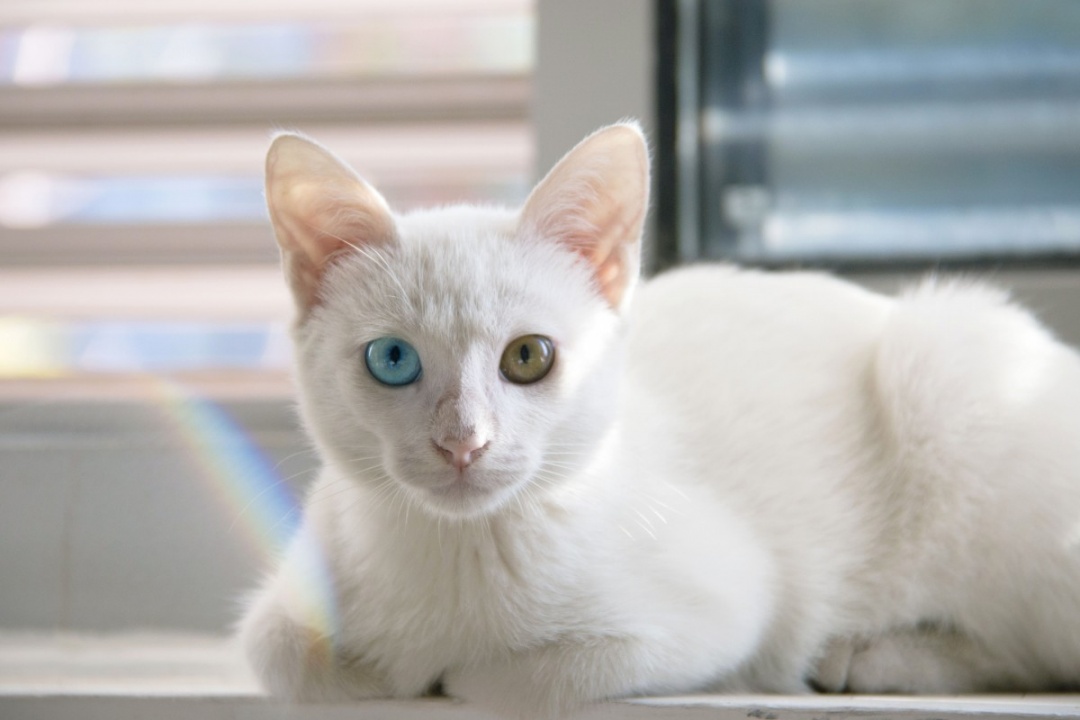 These cats are not easy to describe. They have their own peculiarities, features of character, and special peculiarities in appearance. The breed takes its origin from Thailand, and its name means “White Gem.” In different parts of the world, they are called “Diamond Eyes,” as these cats may have blue, gold eyes. Moreover, they may also have eyes of a different color: one blue, one gold. The cats with odd eyes are the most popular, preferable, and precious.

As for their character, Khao Manees is smart, active, and communicative. You can recognize Manees by their eyes and the snowy white fur and pink paw pads. There are no other features that could distinguish them from ordinary domestic cats.

These cats like to cuddle in your lap and cry loudly to get what they need. It`s an ideal breed to be a family member of full value. Being widespread in Thailand, the breed was not recognized in the west until TICA gave them the “Preliminary New Breed” status in 2011.

More: 10 Most Popular Myths about Dogs 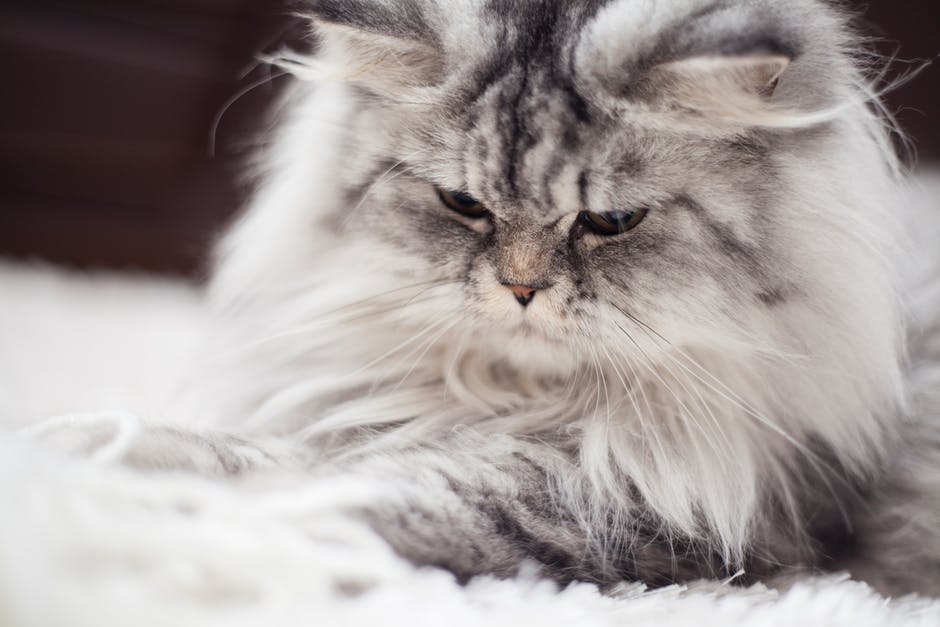 These cats are not separated from Persians, as there are no special classifiers for that, like size or color. But, I must mention that Teacups are somewhat smaller than usual Persians.

Anyway, I decided to include them into my list for they are not easy to get, and the price may be stiff to pay. What makes them popular and prominent is shortened muzzle and long fur.

Teacup Persians are of modest and undemanding disposition. They are very playful and funny and look like fluffy balls. Anyway, they deserve to be the most popular cat breed in the United States. 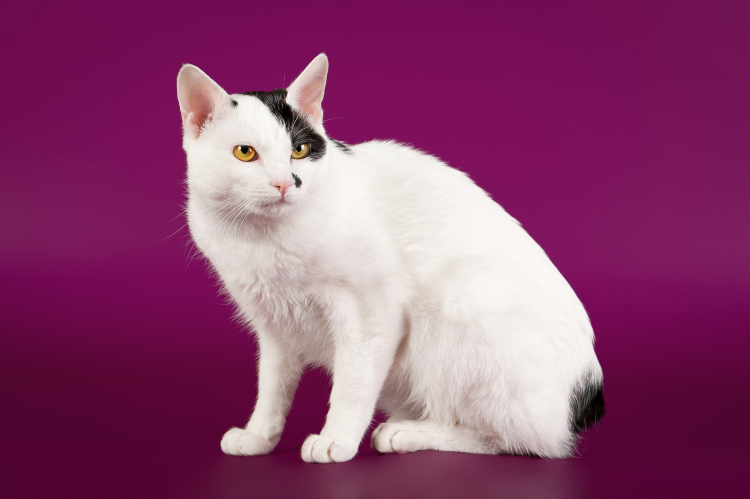 The coat of this cat can either be long or short but is always soft and silky. The history of the Japanese Bobtail can be traced back to 1602. It is the good luck cat of Japan. This cat brings good luck to everybody fortunate enough to live with them. 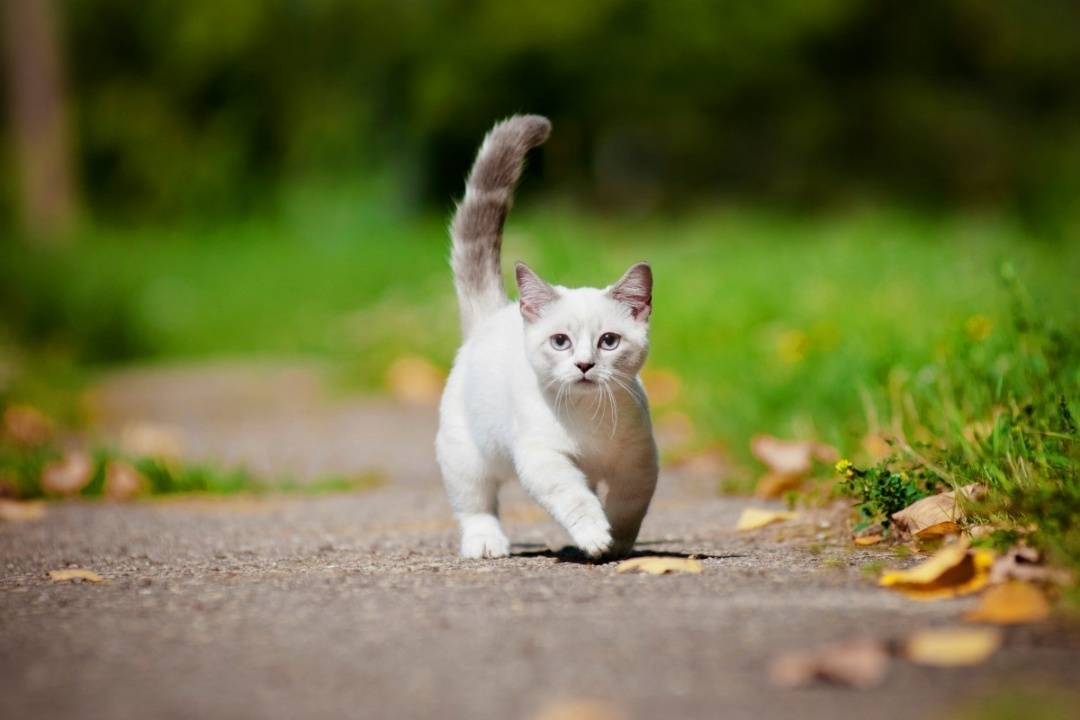 Munchkin doesn’t have a specific coloration but has a genetic mutation, which causes their legs to grow amazingly short. However, this doesn’t affect their jumping and running abilities. The major problem with Munchkin lies in genetics.

Unfortunately, kittens that bear 2 copies of the Munchkin gene won’t survive. Due to this, the Munchkin breed isn’t recognized by cat registries.

Also, due to genetics, Munchkin is predisposed to have spinal deformities and sunken chests. Munchkin is considered a breed but can have the traits of another cat breed, such as Burmese or Devon Rex. They look like the main breed but with the characteristic of larger heads and short legs.

More: 9 Sure Signs Your Cat Loves You

So, these are the most popular exotic cat breeds for extraordinary cat owners. Choose the one that becomes you by the character and temper and lives happily ever after. As for me, I would have them all if I could. Tell me, which one seems to be yours? Share your ideas in the comments! 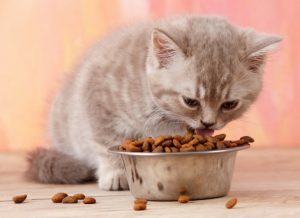 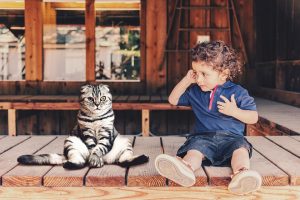 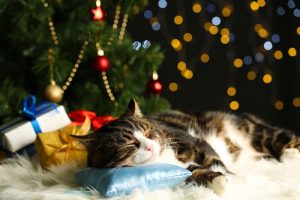