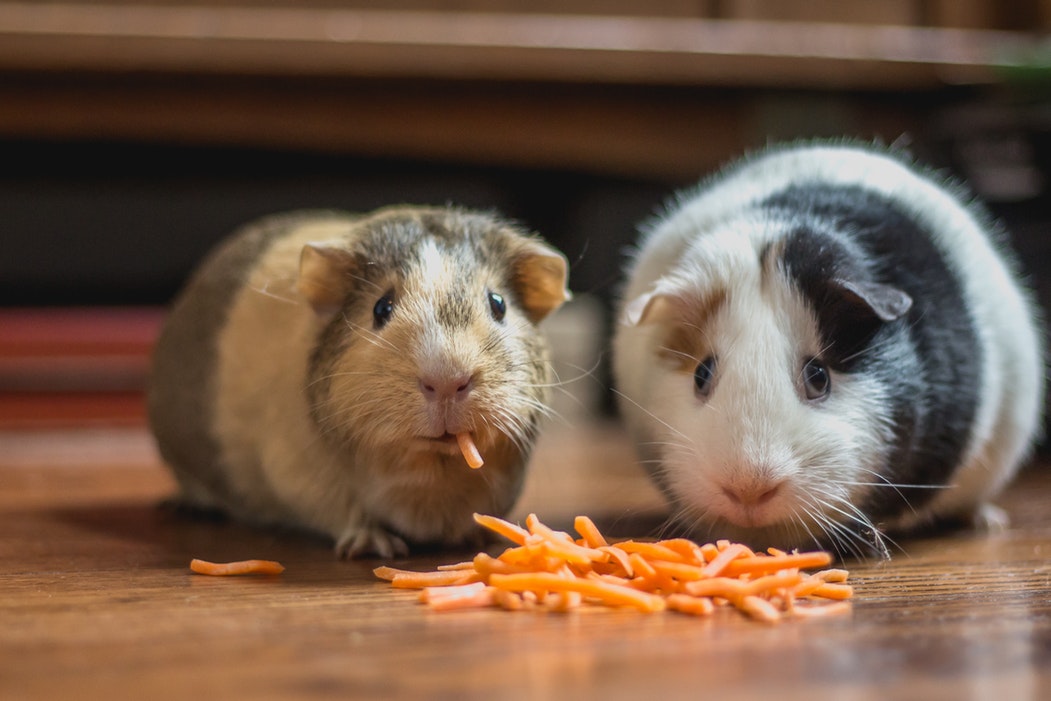 Guinea pigs have been pets and laboratory test subjects for centuries. Still, there’s plenty about these little furry creatures that many people don’t know.

For instance, did you know that guinea pigs wheeked.

Guinea pigs make squealing or whistling sounds. These sounds have been onomatopoeically termedwheeking. A guinea pig wheek is a vocalization that indicates begging. They usually wheek when they need food, to be played with or to be allowed to run around free.

Since guinea pigs have excellent hearing, they often wheek when they hear dinner preparations or when someone opens the refrigerator – they want a treat.

Guinea pigs don’t just look and sound cute – they can be cute in the way they move too. When a guinea pig is excited, it tends to run around in circles and jump about in a characteristic way that calls to mind the popping of corn kernels. Guinea pigs can perform high, sudden jumps, land on all four feet and then run about again.

Guinea pigs demonstrate another interesting form of movement – rumblestrutting. When male guinea pigs need to establish dominance over one another, they make a purring sound, stiffen their fur all over and make a gentle, swaying movement as they walk about. It can be an impressive display.

4. These are hot little creatures

Have you ever held a guinea pig? Guinea pigs are warm-bodied creatures – even more so than humans. Their normal body temperature hovers in the region of 103 F. Since their bodies are already very warm, they can barely take any more warmth. They can be vulnerable to heat stroke on sunny days. They may even need air conditioning.

Guinea pigs are not related to pigs. They are not from Papua New Guinea (a Far Eastern island nation) or Equatorial Guinea (an African country), either. These little animals are from South America, instead.

The Guinea in guinea pig is thought, instead, to be the result of a bit of historical confusion. When these creatures were first imported into Europe from South America, most people weren’t even aware that the Americas existed. It was thought that these creatures came from Guinea in Africa.

The pig in the guinea pigs name is even more of a mystery. These animals are rodents and have nothing to do with porcine creatures. Their name could have come from their short, fat appearance.

6. Guinea pigs are nothing if not unclean

If you want a cute little pet and also need it to be clean, you should choose a hamster. Guinea pigs, on the other hand, delight in their own waste. To begin, they indulge in coprophagy – they love to eat their own droppings. They are designed to absorb nutrients from their feces. Urine play is also a big part of the life of the guinea pig. They can get very distressed when you clean up their enclosure. They need to smell their pee in their area.

While other creatures mark their territory by peeing in a corner, guinea pigs need to be completely sure about every square inch that they live in. As soon as you finish cleaning a guinea pig enclosure, you’ll find them peeing all over again and using their bodies as paintbrushes to make sure that thorough coverage is achieved. Guinea pigs may not have much when it comes to self-defense. They do know how to stampede, though.

Guinea pigs can be easy pickings for any predator. They have no way of defending themselves. The only thing they know to do when confronted by a predator is to participate in a unique kind of helter-skelter running pattern. While a guinea pig tends to look adorably silly when it performs this maneuver by itself, it works well when done as part of a group. When dozens of guinea pigs run helter-skelter in every direction, it can confuse a predator about which way to head.

7. Guinea pigs can practically see all around

Many fish have near 360° vision – which is why the manufacturers of 360 lenses call them fisheye lenses. Fish with the ability to see in this way tend to have bulging eyes. Hamsters don’t have bulging eyes. Yet, they are able to see almost all around – their field of vision extends to 340°.

Most guinea pigs live around four years. Some individuals, though, have been known to live past 10 years. The Guinness Book of Records acknowledges the longest living guinea pig at nearly 15 years.

Most rodents have tails. While guinea pigs do have tail vertebrae, they don’t have actual tails.

The term guinea pig is used to refer to a person who has untested ideas or products tried on him. Guinea pigs certainly were the lab subjects up until the early 20th century. Since then, they’ve been largely replaced by mice and rats.

This is why the term lab rat is just as popular as the term guinea pig to refer to someone who is subjected to untested things that are potentially dangerous.

10 Aquarium Fish for Every Budget

11 Interesting Facts about Mice and Rats

10 Things to Know Before Buying a Guinea Pig