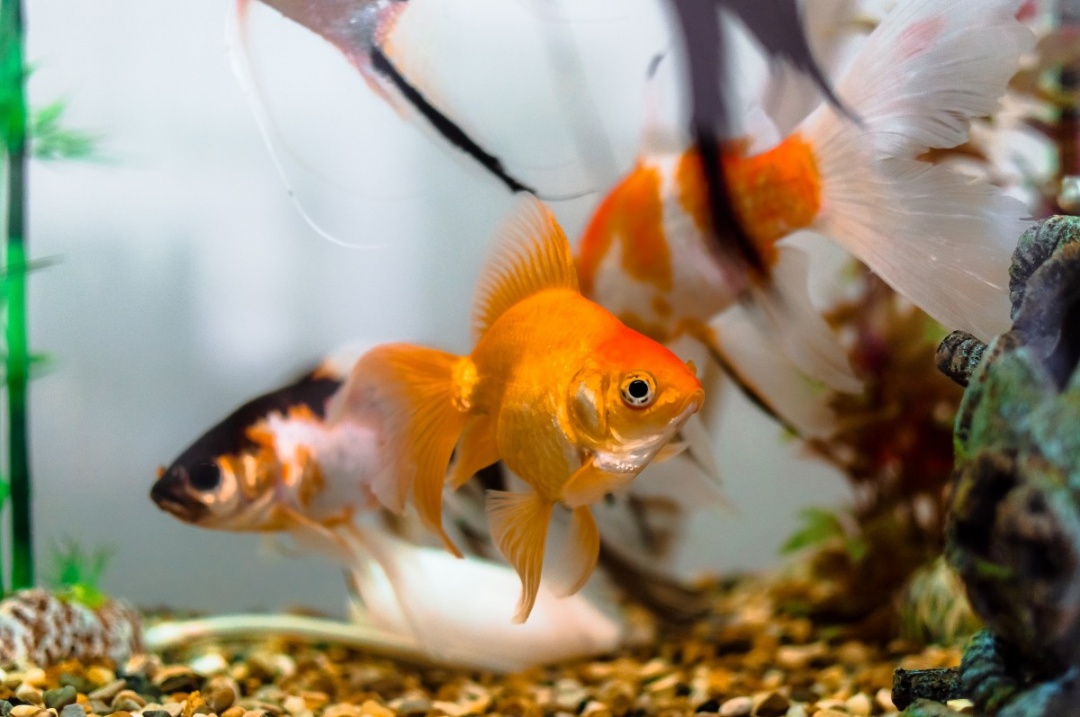 Owning fish can be a very rewarding and relaxing experience. However, to get the most of fish keeping, it’s crucial to have the money to spend to ensure that your aquariums thrive.

The Cost of Fish Keeping

The cost of actually keeping fish varies between owners. While some people may only spend $50 on their fish, others easily dish out hundreds or thousands of dollars a year to upgrade and maintain their aquariums. For example, basic supplies include aquariums, substrate, decorations, plants, food, heaters, thermometers, aeration systems, filtration systems, water testing kits, medications, and lighting. However, the more passionate you are with fish keeping, the more money you are likely to spend. For example, some people like to heavily plant their tanks and will spend more money purchasing various plants, fertilizers, and LEDs.

Since it’s difficult to calculate the exact cost for keeping aquarium fish, here is a basic list of 10 suggested fish based on their aquarium size requirements:

Bettas (betta splendens or Siamese fighting fish) are great for people that have limited space to work with. The highly recommended bare minimum for aquarium size is 2.5 gallons, although 5.5-gallon setups and higher are preferred since they can easily hold cycles. Unfortunately, keeping bettas in the widely available 0.5 to 1-gallon setups is considered by many hobbyists to be cruel since ammonia builds up quickly, the water can’t be consistently heated, and the fish don’t have much space to swim. 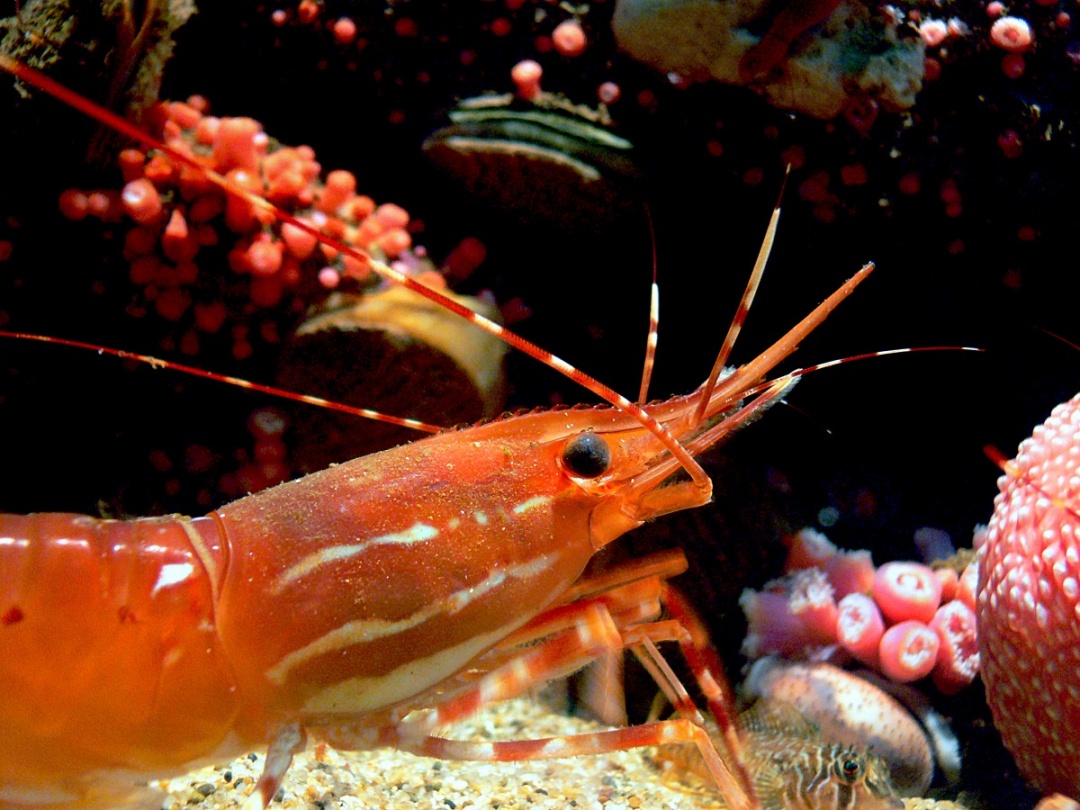 Dwarf crayfish are freshwater crustaceans that are suitable for some community setups due to their more peaceful temperament. The minimum aquarium size requirement for dwarf crayfish is 8 gallons, and it is recommended to keep pairs or trios. 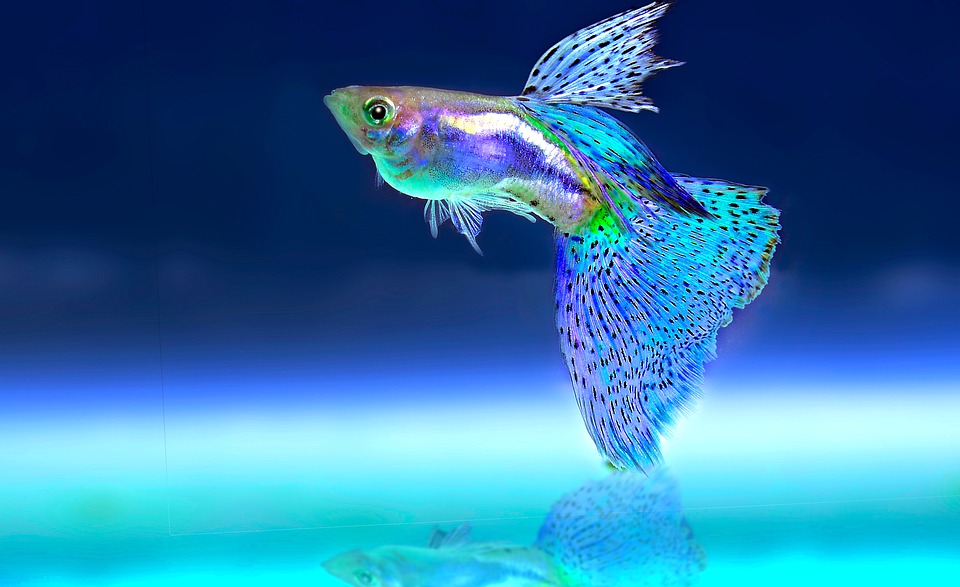 There is a wide variety of fancy guppies available to enjoy in both smaller and larger community aquariums. Given that they are schooling fish, it is often recommended to keep at least 6 together at any given. The basic aquarium size recommendation for guppies (and most other small schooling fish) is 10 gallons. However, if you have a school with both sexes, breeding is likely to happen. Fortunately, adult fancy guppies will eat their own young if they are not removed, so the population will typically not get out of control. 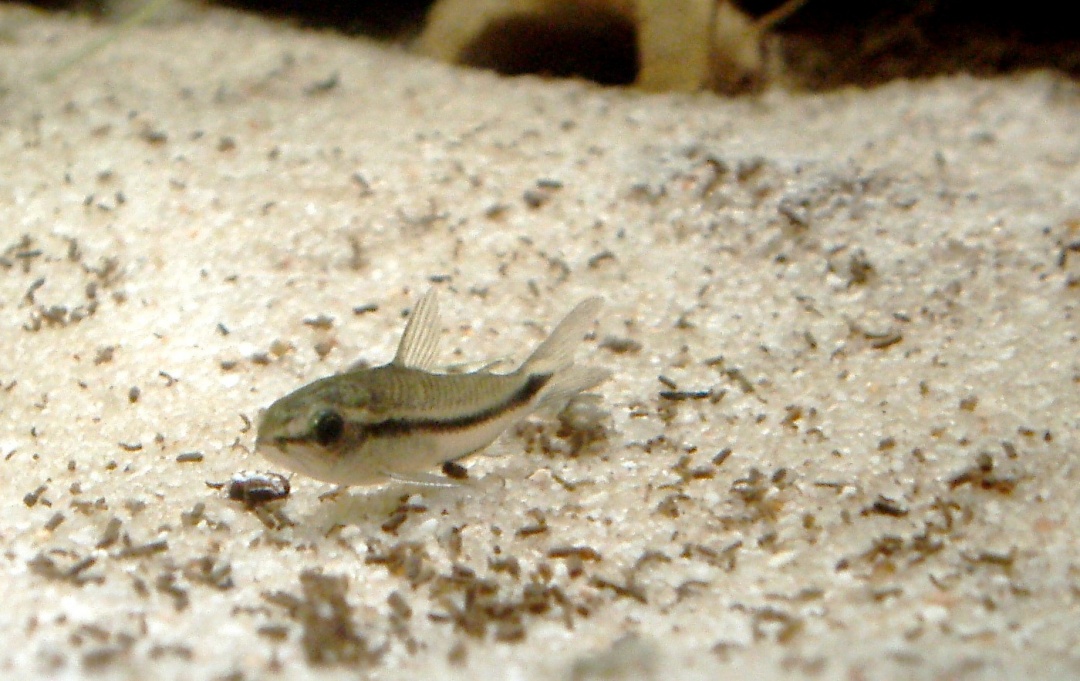 Pygmy cories (corydoras pygmaeus) are schooling fish that are adorable to watch and can live in smaller aquariums of at least 10 gallons. Given their peaceful temperament, they do well for smaller community aquariums that have 2 or 3 other species. 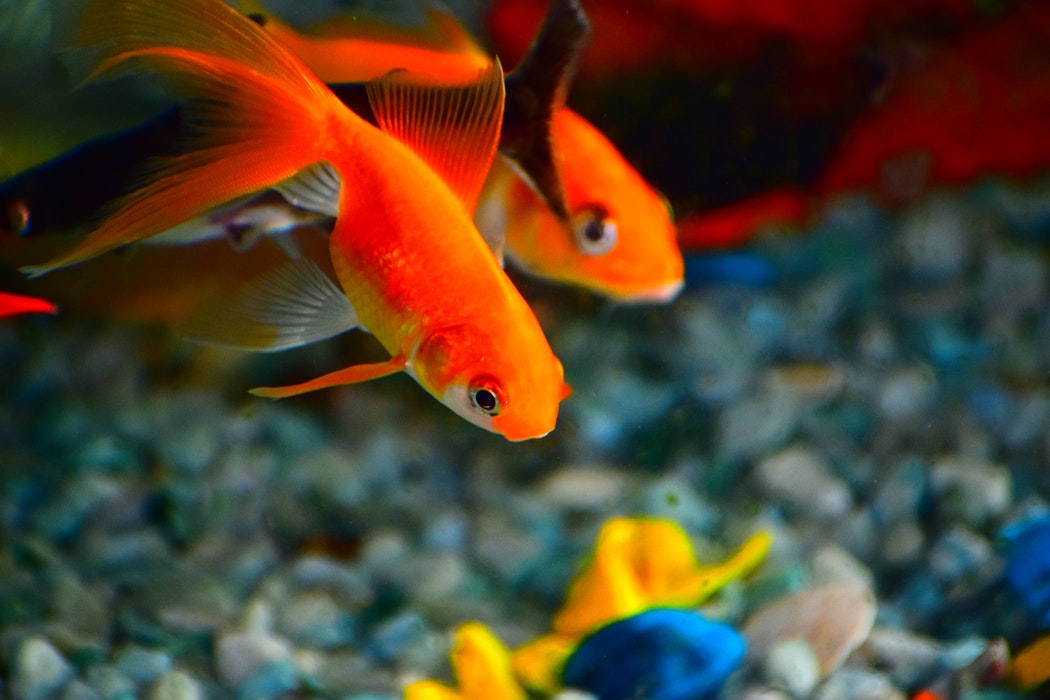 Fancy goldish are double tailed goldfish that are typically more round in appearance. To own a single fancy goldfish, you need to have an aquarium that is at least 20 gallons (preferably more wide than high). However, since goldfish are highly sociable and require companionship, you will realistically be looking at 30 to 40 gallons to house a pair of fancy goldfish. 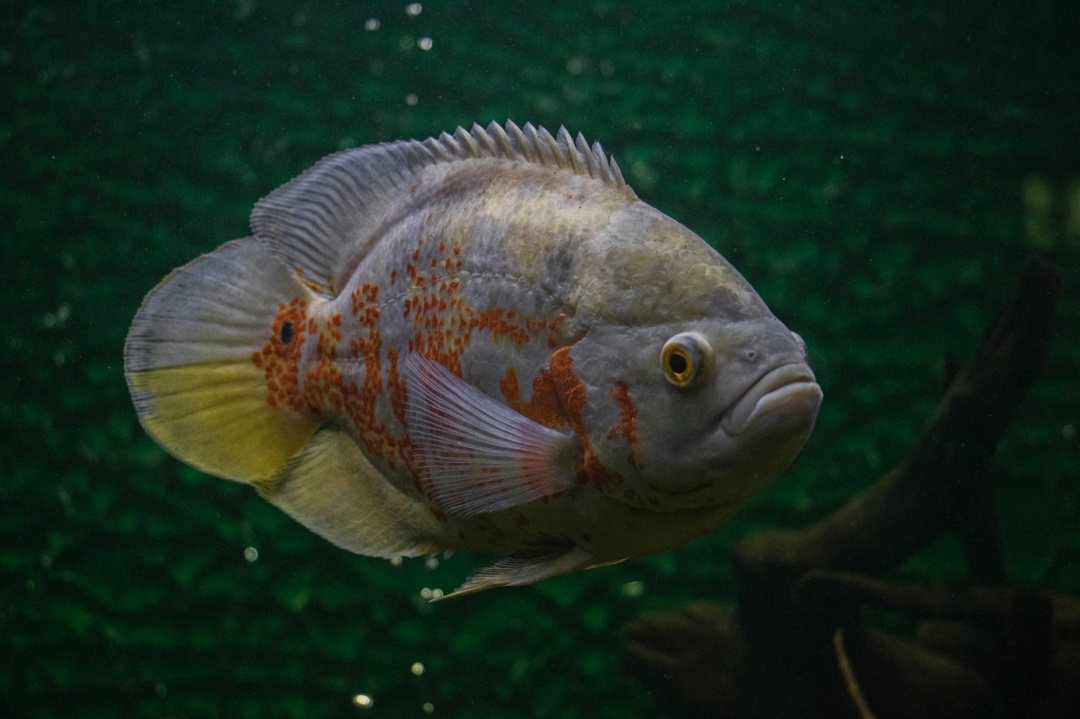 Oscars (oscar cichlids or velvet cichlids) can reach 13 to 14 inches in size and be very territorial. Many resources list that aquariums of at least 30 gallons are required to house single oscars. However, given how large they get, some hobbyists recommend at least 120 gallons per pair. Common (single tailed) goldfish are more streamline, energetic, and larger than fancy goldfish varieties. Due to their size, energy, and waste production, you need at least 40 gallons per single common goldfish. Given that common goldfish do best with other common goldfish, you will realistically be looking at aquariums that are 80 gallons or more. In fact, many people move common goldfish to outdoor ponds to best see them grow and thrive. Redtail sharks are semi-aggressive fish that can work in community tanks as long as they are the only redtail shark and the other fish are similar in size (about 1 to 2 inches in length). To put a redtail shark in your aquarium, it has to be at least 50 gallons. 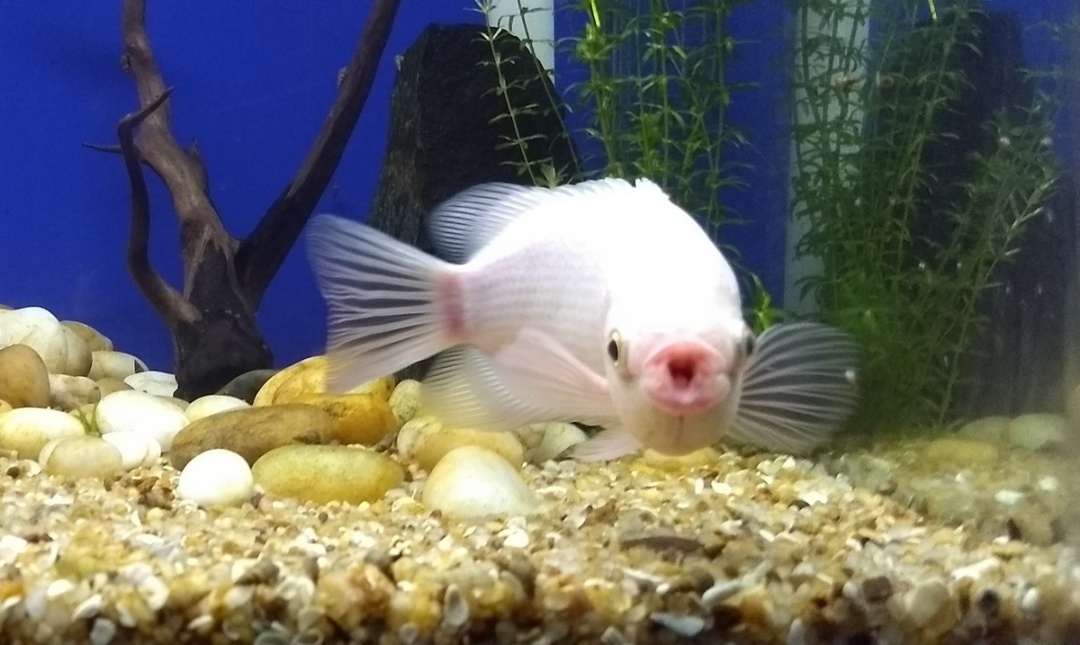 Kissing gourmis are better known as kissing fish because of how they lock their jaws. However, while many people like to think that they are kissing, the action is actually how kissing gourmis spar with one another. In fact, the “kissing” can potentially result in dislocated jaws. 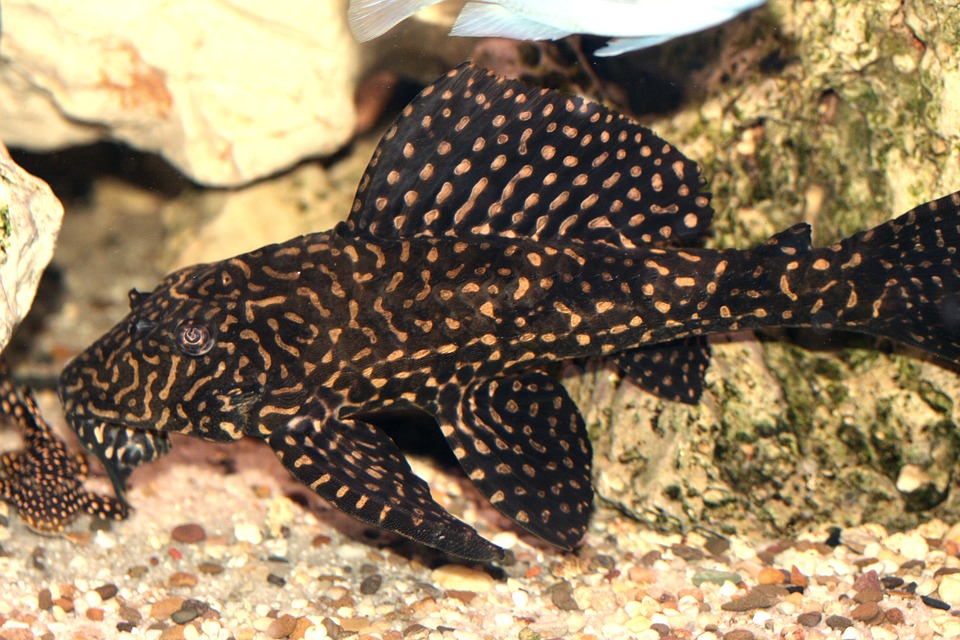 Large plecos are common inhabitants in many smaller community aquariums because they are often marketed as great algae eaters that will do fine in 10-gallon setups. Unfortunately, given the fact that some varieties can grow to be about 20 inches, they require an aquarium of at least 150 gallons to thrive. In addition, many varieties of large plecos are not even effective algae cleaners at all.

When it comes to buying fish, there are many factors to consider to determine the actual cost of ownership. By doing your research beforehand, you can find great pet fish that will keep you company for years to come. 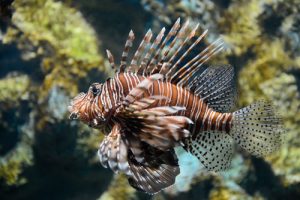 10 Fantastic Aquarium Fish for Every Budget