Hamsters 🐹 have been common household pets for nearly a century now.

There’s still a lot that most people need to know about hamsters, though.

Hamsters are a VU species

As difficult as it may be to believe in the creature that’s extremely popular as a pet, hamsters are only rarely found in the wild anymore. Officially, their conservation status is on record as vulnerable – a step down from the endangered level. Like many other species, hamsters in the wild have suffered greatly due to loss of habitat.

Hamsters are loved for their cartoonish cuteness. They’ve been appropriately named, too. The term hamster derives from the phrase in Arabic that means Mr. Saddlebags. The saddlebags are a reference to the hamster’s cheek pouches. Since hamsters are easy prey to predators, they can’t be seen outside foraging for food much.

They need to get out of their borrowers, quickly stuff their cheek pouches with whatever food they can find, and hurry back inside to eat in peace.

How long do hamsters live? Тhere is no fixed amount of time that a hamster will live for. The average lifespan of a hamster for around 2 to 2.5 years.

Hamsters hold a fearsome record – they have the shortest gestation period of any placental mammal. When a female hamster becomes pregnant, it takes no more than 16 days for the litter to arrive. Hamster litters are large, too – 20 pups are usual.

Hamsters can actually get pregnant while they nurse an earlier litter

Hamsters have other reproductive magic up their sleeves

Hamsters can be susceptible to overcrowding. In overcrowded quarters sometimes, one female will release special pheromones that signal to all other females in the area that they need to stop mating. Right away, they all fall in line.

Like many other animals, hamster mothers tend to eat their young if they are stillborn or born week. Out in the wild, a dead creature can be a terrible risk – the scent of a weak or dead creature can attract predators. When a predator finds a week or stillborn creature, it will usually look for the other members of the litter who might still be living.

They could be easy pickings. For this reason, hamster mothers usually eat up the evidence to protect the members of her litter that still live.

Hamsters dig deep underground mazes of burrows and live in them. They sleep through the day and only surface for short periods of time at night to forage for food. For this, evolution gives them keen eyesight that goes out a few inches.

They can barely see anything clearly a foot ahead. Since they are most active after dark, they lack color vision, too. For this reason, hamsters tend to be constantly nervous about threats coming in. They can only use their poor eyesight to detect sudden movement. When they detect anything like it, they bolt or bite, whichever they can.

Some hamsters come from a hot part of the world – the Middle East. This means that they cannot take a deep winter. Nevertheless, evolution gives them a way to protect themselves, should they find themselves in such an environment. When the temperature drops past a certain point, their bodies automatically go into hibernation mode. This isn’t something that hamsters can’t control.

Hibernating hamsters breathe so little and go so cold; their owners frequently wonder if they are dead. It might be possible to detect faint breathing or a faint heartbeat, though. You could also take your hibernating hamster to a vet to have it checked out. Alternatively, you could merely try warming it up.

To begin, you can place the hamster on a hot water bottle filled with lukewarm water. If it’s hibernating, it should wake up after a while. You can give your hamster a little warm water to drink then.

Hamsters don’t just look cartoonlike – they are built that way, too

People love hamsters for their cuteness and their fun, birdlike movements. They happen actually to be built like cartoon creatures, too – they only have four toes on their front paws.

One species of hamster has actually known as the teddy bear species.

According to the Humane Society of America, hamsters cannot possibly have too much space. They are happiest when they have unlimited space to run about in. This is why hamster cages need hamster wheels or treadmills to run on. They tend to cover 10 miles in one day routinely.

Getting a hamster that’s just right for you

Only a few species of hamsters exist. Their coats come in a surprising range of colors, though. The Golden hamster, for instance, comes in 40 different colors. No one needs to feel that their hamsters lack individuality. You can always get a color that no one else has.

Are you ready to take care of your hamster? Share your comments below.

10 Things to Consider When Looking for a Mouse or ... 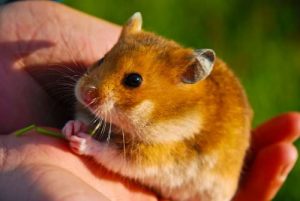 9 Most Dangerous People Foods for Hamsters 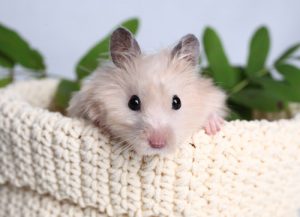 7 Tips for Taking Care of Your Hamster