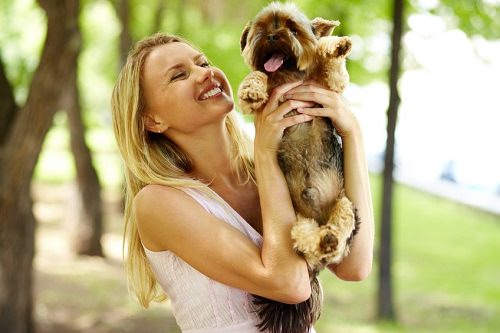 Scientists have traced the origin and evolution of all dogs (from a Yorkshire terrier to a mastiff) from the wolf. We have historical records showing dogs have been domesticated for at least ten thousand years in all their variations. This means they are very comfortable with human companions – and we have become very comfortable with them. Like their ancestor the wolf, dogs like to live and work and play in packs, and they consider us a member of their pack essential to their happiness. They also have a deep sense of protectiveness for our welfare once they become part of our lives.

Are you a dog owner? Studies are being done at universities to determine the personality of dog owners. They are apparently quite different from cat owners. But we probably don’t need an academic treatise to know this! Some things are just plain obvious… So just what are these common and very familiar characteristics dog owners share?

1. They often match the personalities of their dogs

Look at your dog and think about it – do you have anything in common? There’s a good chance you do! I, for example, favor a golden retriever, and the two of us have an essential gullibility we can’t shake. Owners of small dogs like Pugs and Chihuahuas are viewed as being both creative and possibly over-sensitive. People who choose hound dogs, which include Beagles and Greyhounds, are pretty constant in nature, not easily upset.

2. They are sure their dogs know what they are saying

This trait is shared by owners of other animals, but dog owners are especially prone to conversations with their canine friends. It has been suggested that dogs are capable of appearing sympathetic, which is probably true but not because they understand the conversation. They sense their owners’ moods faster than any other animal, whether the mood is happy or sad (cats could care less and birds aren’t paying attention.)

3. They worry about their dogs’ welfare

Dog owners often think of their dogs when they are away and feel guilty if their time away is too long. They gladly arrange for people to stop in and visit the dog, who requires human company. The cat often requires the food dish, and that suffices.

4. They shy away from cat owners

There is a certain extroverted quality in dog owners that cat owners do not share, studies suggest. It may have to do with the fact dogs have to be walked, so their owners get outdoors more often. It may also have to do with the fact dogs rarely meet a human they don’t want to check out, which means their owners often end up meeting those humans, too.

5. They admire their dogs’ behavior

At a recent competition I watched, in which dogs had to run an obstacle course, some did well and some didn’t. But at the end of the circuit, their owners received them with smiles of approval. The habit of dog owners is to praise their dogs even when their pets don’t quite manage to figure out the task at hand. Of course, give dogs a real job, like guarding the driveway by lying on it, and they are pleased to help. Their owners accept any show of guarding the house and its occupants as evidence of their dogs’ intelligence.

6. They wonder how long their dogs can play fetch

It is a mystery to most dog owners how their dogs are willing to chase a ball or stick for ages – far longer than their owners can manage to throw said items. The average dog can play the game for hours, if allowed. The average owners clock out at fifteen minutes and feel wiped out.

More: 10 Most Popular Myths about Dogs

7. They rely on the dog’s greeting when they get home

More times than we can count there are stories of dogs remembering their owners after months and even years of separation. Dog owners also can count on their pets waiting at the door or window for their return, and barking their enthusiastic greeting as they race to greet them. This happens whether the time frame has been a few minutes, a few hours, or a whole day. It is obvious to all dog owners that they are the center of their dog’s world, which is a very nice place to be.

Are there other ways you think dogs resemble their owners, or other traits they share? Let us know in the comments. We dog owners have inquiring minds.

3 Ways and More to Celebrate Our Pets on Valentine...

7 Things Pets Teach You about a Happier, Healthier... 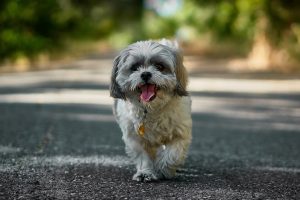 9 Fabulous Benefits of Owning a Dog